Moving from South Africa is not as simple as packing up your bags, jumping on a plane and setting up abroad. There are many considerations from a financial, tax and relocation perspective including potential risks, especially when it comes to healthcare. 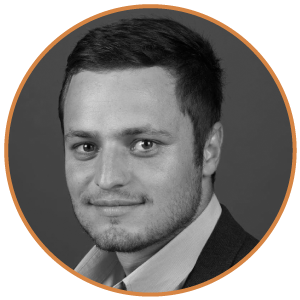 This leads to a common question raised by internationally mobile South Africans; is there any benefit to keeping my South African medical aid when working abroad?

One of the key things South Africans working abroad must consider in this regard is the regulations governing Medical Schemes in South Africa. Where these are not correctly understood, especially waiting periods and late-joiner fees, you may find yourself in a precarious position when you intend to return to South Africa.

Medical schemes in South Africa, including Discovery Health Medical Scheme, can apply a three-month general waiting period or a 12-month condition-specific waiting period if any of the below situations apply to you:

The purpose of applying waiting periods is to protect the other members of the scheme, in the grander picture of things. A waiting period ensures the new member cannot make large claims shortly after joining and then cancel their membership of the scheme again.

You can easily see how complicated it can become when you intend to return to South Africa but have cancelled your medical aid when leaving. This means you may have to wait up to 12 months to access and use your medical aid benefits.

A late-joiner penalty is a higher monthly rate you pay for membership because you only joined a medical scheme at a later stage in life when you are more likely to need expensive cover from a medical scheme.

Late-joiner penalties were introduced to protect medical schemes from people who wait until they are sick or older to join. It encourages people to join a South African medical scheme while they are still young and healthy. The penalty is calculated by using the applicant’s age when they apply to join and the number of years they have not had medical cover since the age of 35. This excludes any period of cover as a dependant under the age of 21.

Impact where you plan on returning to South Africa

Considering the impact of waiting periods and late-joiner fees, South Africans abroad must not make hasty decisions regarding their medical aid without receiving proper advice from a qualified insurance specialist.

The prudent approach where you have doubt is to downgrade your current plan type to the lowest available option until such a time as what you have established your permanent intent. Should you then decide to return to SA, you will always be able to upgrade to your preferred option again, avoiding penalties, waiting period, or worse – being rejected. Planning for your future is vital and healthcare is not a luxury, it’s a necessity.