It is that time of the year again when Medical Aid Schemes are releasing their premium rates for the 2016 calendar year. In a comparison, conducted by Remuneration Consultants South Africa, the 2015 and 2016 contribution rates of seven of the most prominent Medical Aid Companies in South Africa revealed an on average contribution rate increase between 7.26% and 10.92%. The graph below ranks the seven Medical Aid Schemes from the highest to the lowest increase. 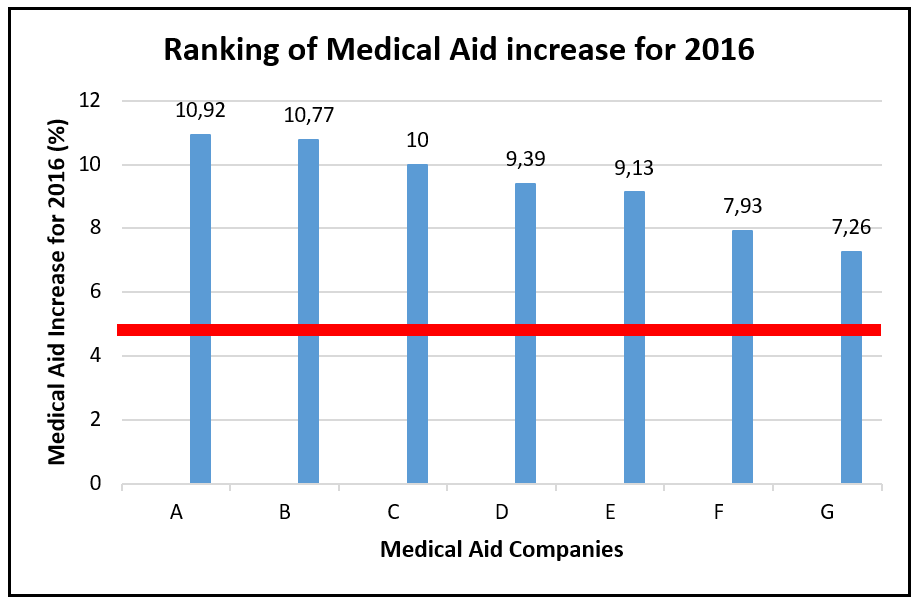 The Medical Aid contribution rate increases for the prominent South African Medical Aid Schemes is at rates that are significantly higher than the official consumer price index (CPI) inflation average which according to Statistics South Africa has been reported at 4.5% for the period, January 2015 to October 2015 (average CPI is illustrated by the red line in the graph above). Members may therefore be subject to annual rate increases during 2016 that are well above the rate inflation. This potentially will place a burden on members’ cash flow and raise questions on the value they receive for their money.